The results of the SOCA travel team tryouts were published June 1st. The bad news is Kaitlyn did not make the U16 Elite travel team. For those that don’t know there are three “skill” levels; Challenge, Premier, and Elite. Elite being the highest. The U16 denotes players no older than born in the year 2001, U15 year 2002, etc.

Kaitlyn was bummed that she didn’t make it onto the team she was hoping to get. I could hear the disappointment in her voice over the phone call.

I then told her she didn’t make the U16 team because she had made the U17 Premier team. She was like, “oh that’s good.” Remember, Premier is one step down from Elite. I told her again, “U17 as in Youth seventeen Premier team.” Stressing the U17 this time. I repeated it two more times. I could hear the realization hit her. She is a 14 year old that just made the 17 year old team! She was so excited, that she started crying being overcome with joy and relief.

Yet again an example of how much Michael, Kaitlyn, and Max have amazed me by their abilities and their drive to improve themselves. 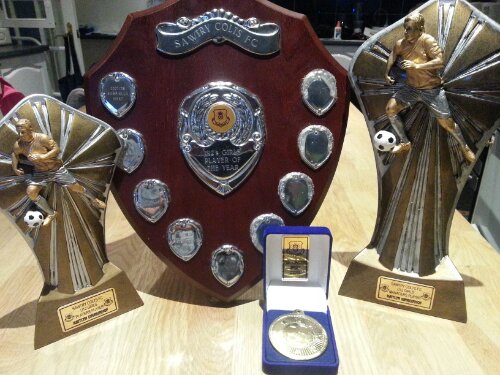 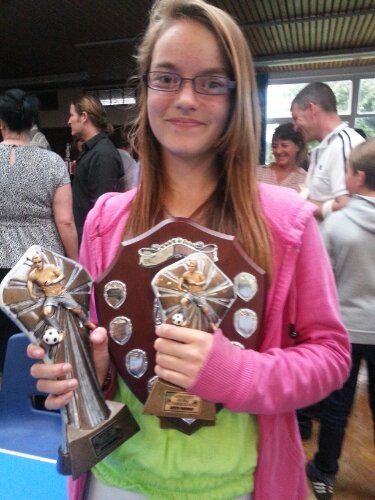 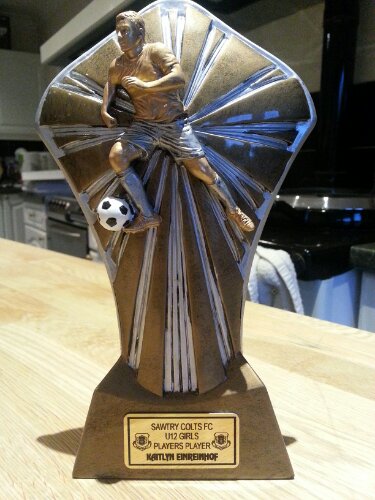 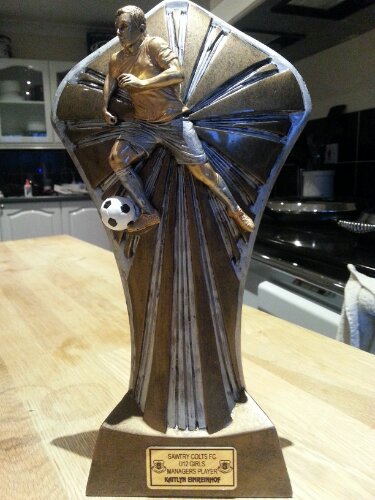 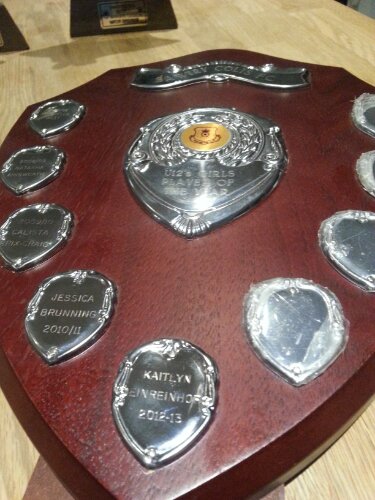 Tonight was Kaitlyn’s soccer awards night. She brought home the Players Player award. This is determined by all the players on the team. The big award she got is the Managers Player award.

I was one proud papa!